This American made AK from Century Arms is Accurate, Reliable and CA Law Compliant for the Gun Enthusiasts.

From  America with love

A well-made, accurate and good-looking AK-47 that is 100 percent made in the USA with no imported parts actually exists. Century Arms introduced the C39v2, 7.62x39mm semiautomatic rifle in 2014, and it continues to exceed our expectations. After receiving quite a bit of user feedback from the original C39, Century Arms made some intelligent changes and upgrades, resulting in the C39v2, which has set it apart from other AKs on the market. Even AK purists are having a hard time finding fault with their latest C39 variant.

While elegant isn’t a term usually associated with an AK-47, the C39v2 earns the descriptor. With a milled receiver machined from a solid 11-pound block of 4140 ordnance-quality steel and lightening grooves on each side, gone is the rough industrial look of the traditional stamped AK. Marry this receiver to the high-quality wooden forend furniture and Warsaw-length stock, finish the receiver and barrel inside and out in black nitrite, and you have one classy-looking rifle!


The obvious upgrades to the v2 include the sights, magazine release and safety that have been changed from the original Century Arms C39. After much feedback they brought back the traditional AK iron sights, allowing those with standard AK sight tools to breathe a sigh of relief. The new oversized T-shaped extended magazine catch might appear to be cumbersome at first glance; however, just as oversized controls on pistols and shotguns have proven useful, the v2’s large release proved an asset for aggressive and fast magazine changes. Proof in point that bigger can be better. The safety has a very positive, crisp feel, and includes a notched detail that receives the charging handle and locks it in place, keeping the bolt open. In combination with the modified dust cover the C39v2 safety won’t over-rotate past the dust cover, as with some stamped AKs, and is easy to remove for servicing.
Century Arms didn’t cut corners when it came to components. Green Mountain makes the C39v2’s 16.5-inch barrel with a 1:10 twist and a concentric left-hand 14×1 metric thread that comes equipped with a chevron muzzle break. They chose a high quality barrel and used black nitrite to coat it inside and out, which ensures longevity and accuracy over the life of the gun. Similarly, the double-stack bolt design and lightening slots in the bolt carrier – whether you are a fan of that feature or not – show quality machining throughout.
Century Arms answered the demand for a better trigger in the v2 by creating and manufacturing the RAK-1 trigger group. Using a double-hook single-stage trigger with Wolf springs, the RAK-1 is arguably the closest thing to an AK match-grade trigger on the market. An innovative relief cut allows the RAK-1 to be used in receivers designed to only accept single-hook triggers. Most AK triggers require polishing on the top to eliminate bolt hang up. The RAK-1’s top-profile design is already optimized, making additional tweaking unnecessary. For an AK trigger the RAK-1 has very little uptake, breaks at 5 pounds and has a crisp reset. While this trigger is nothing fancy compared to what the M4 market is accustomed to, it is well made, does the job and fits other AK-variant rifles and pistols such as the RAS47, WASR, N-PAP and C39s.

But how does it shoot? Get the rifle off the bench and onto the range! Zeroing from the prone position at 100 yards with Wolf ammo, the C39v2 shot a consistent 2-inch group. Why zero at 100? Because friends don’t let friends zero AKs at 7 yards! Century Arms claims that the C39v2 shoots one minute of angle out of the box, which very well may be the case in the hands of a more experienced AK enthusiast.

Over the 500-plus rounds fired through this gun while testing, there were no malfunctions other than the most infuriating and common AK malfunction: running dry! The rifle cycled with boring reliably and smooth operation without interruption, as is expected of a well-made AK. If you love AKs, you probably love a pump shotgun for the physical handling required to effectively run both. Reloads are the best example: rocking the empty mag out with a new one and slamming the next one home isn’t a delicate operation. Simply put, the more aggressive you are with this AK, the better it performs. Concerning the C39v2’s durability: It’s an AK. They were designed to be driven over, dropped, submerged, survive the Russian “push up test” (where the person doing the pushup balances the AK upright on the magazine, and holds each end while conducting pushups – all the weight, pressure and balance point is on the magazine resting on the ground) and run as intended, depending on the volume of gravel accumulated in the action. That being said, it’s easy to tear down, clean and get back up and running because, well, it’s an AK. Being made with quality components only stands to increase the C39v2’s durability and longevity in the hands of a hard-use discerning shooter.

Downsides to the C39v2? For some, the additional weight from the milled receiver that brings the rifle to a whopping 8.2 pounds may be an issue. Because Century Arms designed the receiver to be compatible with after-market modern Kalashnikovs (slight modifications may be required) and polymer furniture, these components can be changed out if weight is that critical. Gym memberships may also be an option for consideration.

The chevron muzzle break may be the only component that some would wish to change out. That being said, it’s a simple procedure, and arguably the only metal component on the rifle that may not suit an AK shooter’s tastes. A contemporary AK shooter will wish there was a side mount for optics while AK traditionalists may shed a tear when they find the C39v2 lacks a bayonet lug and cleaning rod. However, this allows it to adhere to California laws, and is available in a bullet button version to make West Coasters leap with joy.

Out of the box the v2 already has the majority of value-added upgrades most enthusiasts look to change in stock versions. Century Arms has delivered an affordable, quality AK with the added patriotic benefit of sourcing and making it entirely in the US. Given our nation’s ever-changing import bans and regulations, having an AK-47 manufacturer stateside that listens to its customers and is willing to evolve their product is a great asset to the US firearms community. As more shooters experience the C39v2 and appreciate it, the only question that remains is, can Century Arms keep up with demand? ASJ

Review by Gy6vids Youtuber:
-The shooting test is not an accuracy test but on quick target acquisition
-Gy6 takes the C39V2 through its pace by going through some target acquisition – doing single, double and triple taps with magazine change.
-A great feature that you can install is the increase paddle mag release. It will help you do magazine change quickly with this ambidextrious paddle.
-Gy6 also does some dirt torture testing, where he tosses the C39V2 into the dirt with the bolt closed and open and fires it with no problems.
-If you’re looking to decrease your trigger pull down to 3 lbs, have a look at CMC triggers.
Some advantages to having this weapon is the ammo.
-Ammunition, the 7.62x39mm has some oomph when compared to the .223 round. This obviously has more stopping power at close range and long ranges. For home defense, its perfect for close quarter encounter, its not likely that you will be sniping at your burglar.
-Ammo economics, for some high quality brands of 7.62x39mm costs about $225 per 1,000 rounds. (thats not bad)

How To Buy A Child’s First Shotgun 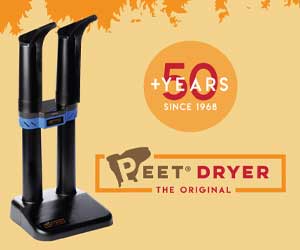