Author’s notes: In the first half of this two-part series last issue, I referenced nine key lessons learned from Mark Bowden’s book, Black Hawk Down, and applied them to civilian defense tactics of today. Below are eight more takeaways from the book, along with modern parallels, to ponder. I would also like to thank former Delta Force operator/sniper Jim Smith, who is now the CEO of Spartan Tactical, for providing many of the Delta Force images.

POINT 10: The book Black Hawk Down states, “Speed was critical. When a crowded house was filled suddenly with explosions, smoke, and flashes of light, those inside were momentarily frightened and disoriented…So long as Delta caught them in this started state, most would follow stern simple commands without question.”

Parallel: “Stop! Don’t move!” When holding a bad guy at bay with a firearm, knife or protection dog, strong, short verbal commands work best. What you don’t want to get into is a long verbal barrage of words like, “Unpleasant citizen, please cease and desist all your unlawful and felonious activities. I am now placing you under a citizen’s arrest.” Remember, you cannot shoot and talk at the same time. Keep the dialogue short and authoritative.

POINT 11: “Look, for the first ten minutes or so you’re gonna be scared s***less. After that you’re going to get really mad that they have the balls to shoot at you.” Parallel: Get angry, and channel that anger into action. People perform better when angry than when scared.
Get indignant – “How dare they attack/assault/hit/hurt me?” And if they persist, retaliate with everything you have at your disposal. Maintain the mindset, “I will not give up, I will not die, I will defeat you, I will survive!” Then do it!

POINT 12: “It was a cardinal sin to shoot before identifying a target.” Parallel: It amazes me that we even have to cover this again, because it is one of the most important safety rules in any basic hunting or shooting course. Yet we still have federal officers (elite guys, no less) shooting unarmed mothers holding babies in their arms, only to later claim it was a case of mistaken identity. If you cannot safely identify what you’re about to shoot, then you are dangerous and should not be anywhere around firearms.

POINT 13: “(Captain Mike) Steele was standing in line with his men at mess, and spotted Delta Sergeant Norm Hooten carrying a rifle with the safety off. Ranger rules required that any weapon, loaded or unloaded, have the safety on at all times when at the base … He tapped the blond operator on the shoulder and pointed it out. Hooten had held up his index finger and said, ‘This is my safe.’”
Parallel: Once again, it should not be necessary to say this … and yet it is. Keep your finger off the trigger unless you absolutely intend to make the gun go bang. In all elite units at least one person has been shot or killed because some negligent individual had their finger on the trigger when he shouldn’t.
When a civilian Delta Force/SEAL Team Six training course was put together by former members of those units, a civilian who had been told over and over again to watch his trigger finger ended up shooting himself in the behind while trying
to holster his gun. Whether or not the gun is loaded, it cannot go bang unless a finger makes that happen. You have control of that situation. Use it.

POINT 14: “(Sergeant Paul) Howe was looking for people, focusing his eyes at midtorso first, checking hands. The hands told you the whole story. The only hands he found were empty.” Parallel: The eyes may be the gateway to the soul, but real problems can start with the hands. Feet can be used for kicking, but as a rule, they cannot hold knives, clubs or guns. If someone is concealing their hands, it’s a problem. Always watch the hands!

POINT 15: “As Howe moved he thought about making every one of his shots count, and keeping his back to a wall at all times. They were in a 360-degree battlefield, so keeping a wall behind him meant one angle he couldn’t be shot from. At each crossroads he and his team would pause, watch, and listen. Were bullets hitting walls? Bouncing off the streets? Were the shots going left to right or right to left? Every bit of experience and practical knowledge was useful now for
staying alive …

The most important thing was to keep moving. One of the hardest things in the world to hit is a moving target.”
Parallel: What could be more sound tactical advice than this? This advice pretty much covers everything tactical for the soldier, police officer or civilian.

POINT 16: A quote from author Mark Bowden: “In my interviews with those who were in the thick of the battle, they remarked again and again how much they felt like they were in a movie, and had to remind themselves that this horror, the blood, the deaths, was real. They describe feeling weirdly out of place, as though they did not belong here, fighting feelings of disbelief, anger, and ill-defined betrayal.”
Parallel: In armed conflicts, people will suffer some form of trauma and these are the common responses. Be prepared for them.
• Denial: A life-threatening response to a situation that is so far from normal that people do not believe what is happening to them.
• Tachypsychia: Under tremendous stress, the mind will speed up its processing time and give the illusion that everything is going in slow motion. If you don’t understand what is happening, it can impact your ability to react effectively.
• Cortical perception: Extreme tunnel vision and increased magnification of points of focus. For example, a pocket-size small-caliber gun in the hands of a robber but the victim swears it was a huge large caliber gun.

• Mental ability and memory distortion: During deadly encounters, the critical decision making process becomes degraded. Complex tactics and survival techniques will be forgotten. This is the reason for the KISS principle: “Keep it simple, stud/student.”
• Auditory exclusion: Tunnel vision of the ears. Under stress, the body shuts out what it doesn’t need, i.e. loud explosions become softer, people shouting at you cannot be heard, etc.
• Psychological splitting: Commonly referred to as ex-corporation, this is the sensation of seeing oneself in another area, i.e. an out-of-body experience. Under stress, the brain tends to overload with information, allowing the conscious mind to store what it cannot handle in the subconscious.
• Logorrhea: Running of the mouth; a person talks rapidly about the extraordinary events they’ve just been in. The mouth tends to talk faster than the brain can think. After traumatic events, people are advised not to make any immediate
statements because they will say things out of sequence, and it may appear to be lying.
• Cognitive dissonance: Cognitive dissonance is typically experienced as psychological stress when a person performs an action that goes against their beliefs or values.
• Survival euphoria: The realization that one has survived a deadly encounter. Senses become more alert and a desire to enjoy life to its fullest potential becomes a priority.

The symptoms that are common after a traumatic event include: nightmares, sleep disturbance, social withdrawal, flashbacks, appetite disturbance, aggression and avoidance, sexual impotence (for both sexes), and family stress.
Having explained all this, I hope you are not only prepared for what could happen to you in a personal defense situation but also what the men and women in the military and law enforcement go through on a daily basis. We could all have a little more empathy for the professionals who have been trained to encounter such horrors but never really completely
adjusted to them. 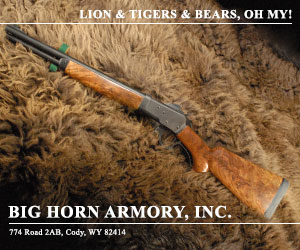 POINT 17: “Every battle is a drama played out apart from broader issues. Soldiers cannot concern themselves with the forces that bring them to a fight, or its aftermath. They trust their leaders not to risk their lives for too little. Once the battle is joined, they fight to survive as much as to win, to kill before they are killed …
The extreme and terrible nature of war touches something essential about being human, and soldiers do not always like what they learn. For those who survive, the victors and the defeated, the battle lives on in their memories and nightmares and in the dull ache of old wounds. It survives as hundreds of searing private memories, memories of loss and triumph, shame and pride, struggles each veteran must re-fight every day of his life.”
Parallel: Life is the ultimate battle whose drama plays out apart from broader issues. You can’t obsess over how evil forces might bring you into life-threatening situations or their aftermath. Once the fight of your life begins, you must fight to win at all costs. So many loved ones depend on you to be there for them. They need you, cherish you and deeply love you.
You must kill to protect if necessary. The story of survival is timeless. And that is my two cents.
Editor’s note: For realistic self-defense training, see assault countertactics.com. Author Paul Pawela is a nationally recognized firearms and self-defense expert.